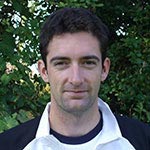 Tom joined the coaching team at West Worthing on a full time basis in June 2007 and took on the Director of Coaching role in 2017. Tom has represented Great Britain at every age group and travelled extensively across the world competing in both junior and senior events as as teenager.

Notable highlights of Tom’s playing career include winning a Gold Medal at the U18 Commonwealth Games, becoming National Junior Doubles champion in 2002 and twice reaching the semi finals of the boy’s doubles at the Australian Open. Tom has competed at three of the four junior Grand Slam events and achieved a career best ITF Under 18 world ranking of 45 in singles and 4 in doubles in April 2002.

Tom is a level 4 senior performance coach and is the captain of the Sussex Men’s team. 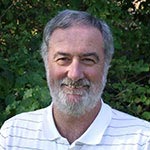 Jonathan is qualified as a Master Performance Coach and under his guidance, numerous pupils have competed in various National Championships, with several progressing to Men’s and Ladies’ world rankings. Jonathan’s son, Tom, played internationally as a junior from the age of 10 and competed in Grand Slam Junior Events worldwide. Jonathan achieved an ITF world ranking of 40 in singles and 4 in doubles. 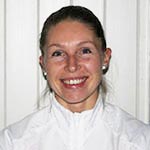 Svetlana (Lana) joined the Club in April 2009 and is an LTA level 3 tennis coach. She learnt to play tennis in Belarus and competed internationally in the USSR winning many events.

Lana graduated from the Belarusian State University of Sport with a degree in Professional Tennis Coaching. She has more than eight years of experience in training top juniors from Belarus and other CIS countries. 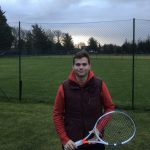 Matt joined the Club in December 2019 from his coaching role at The John Heuerman Tennis Academy in Sevenoaks, Kent. He became inspired to play tennis by Christian Gallan’s LoveTennis in West London in 2009 with the team there helping him to realise his potential early on.

Matt is an LTA Level 3 Accredited coach and will be involved in most aspects of our tennis programme. He will be working with juniors, as well as adults, with his aim to make sessions fun and informative for all.

Outside tennis, Matt loves his football, chess and writing books of fantasy, having recently published his first novel. 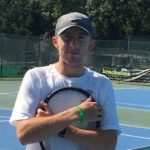 Ryan joined the coaching team in 2018 having been a member of the club since 2014. He learned to play tennis at Field Place and has played since the age of 11.

He is also a captain of one of our men’s teams and a regular hitting partner for some of our performance tennis players.

Individual coaching for all ages and abilities can be booked through the Pro Shop by phone 01903 505933 or email tenniscoaching@wwc.org.uk.