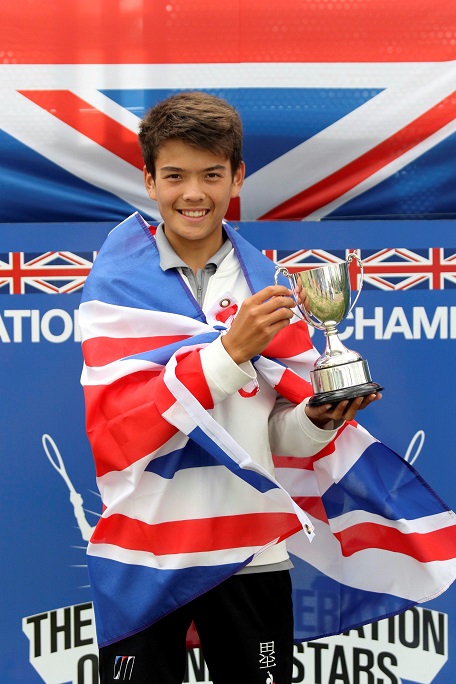 West Worthing Club Junior, 14 year old Lui Maxted, has triumphed in both singles and doubles events at the Junior National Championships in Nottingham to conclude a successful 2017/18 season. This secures Lui’s position as No.1 in the 14U GB Rankings List.

Lui, first picked up a racquet at the age of 3, joining West Worthing back in 2009 at the age of 5. Coached by Tom Pocock, Lui started competing at the age of 6. With Tom’s help, Lui’s game developed quickly including mastering a highly effective single handed backhand by the age of 8.

Lui has kindly thanked the Club for its continuing support and hopes his achievements will encourage and inspire other young players to get involved in the various programmes at the Club.

Our congratulations to Lui on his fantastic results this year and we wish him all the best with his progress over the coming months.

Lui’s successes in national events are plentiful this year, here are some of the highlights: