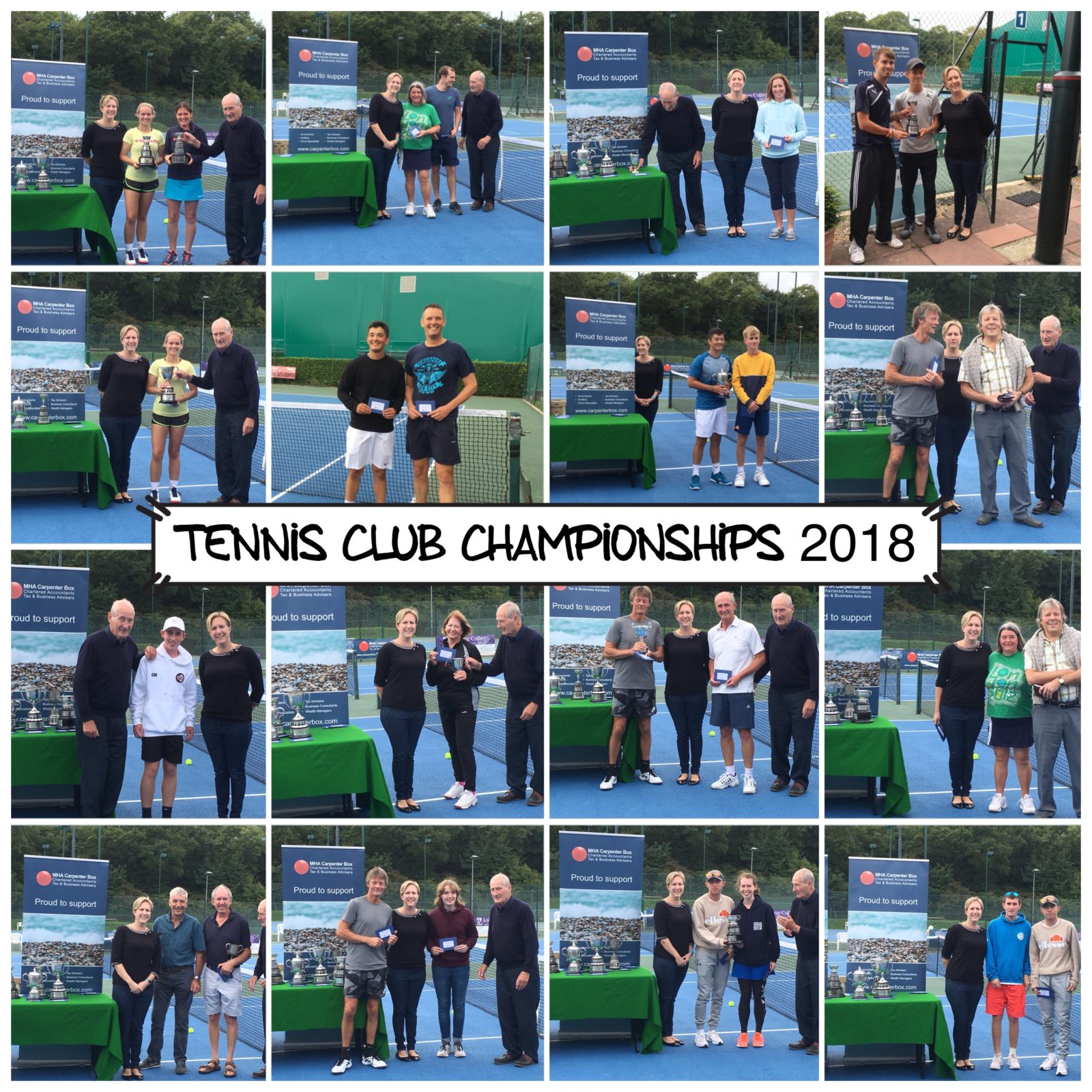 There was a superb turnout for our Tennis Club Championships  Finals’ Day on 8 September. Twelve competitive matches were played throughout the day, with some great tennis for spectators to watch.

Finals’ Day was the culmination of several rounds of adult events played between May and September. The junior events were completed on one day at the end of July and a Family Handicap Doubles event on 15 September. The competition attracted more than 100 entries with around 170 matches being played throughout the competition.

Our thanks to our sponsor, MHA Carpenter Box for their support throughout and to everyone who took part in this year’s competition. Every event supported local charity, St Barnabas House, in total raising £251.83.

Congratulations to all our winners. Prizes and trophies were presented by Kira McKinney from MHA Carpenter Box.